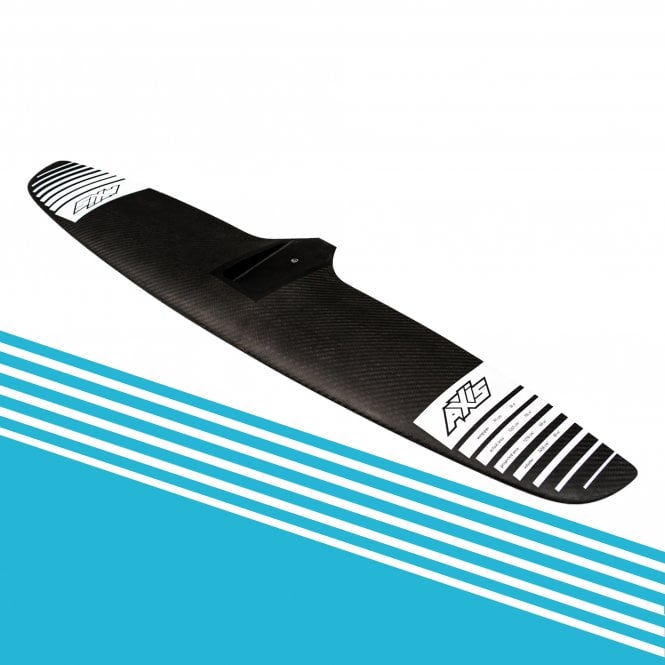 SKU: 5515
Item in Stock Item out of Stock | Dispatched within 24 hours
Want it by Wednesday 18th May? Order within 7 hours, 13 minutes and choose Mainland UK - Next (Working) Day at checkout.

IMPORTANT: All Pump & Glide Front Wing Sizes are compatible only with the Axis Red Series Fuselage

The Pump and Glide wings are designed to be easy and early to lift for their size. They have tons of control and feel comfortable for most levels of riding. Our Glide wings pump unreal and glide effortlessly and endlessly. And they are fast wings, but their focus is not to be the fastest wing on the market. But instead, it is the easiest high aspect wing that almost everyone can ride, and can improve their level of riding right away.

The AXIS PNG 910 Carbon Front wing is the smallest of our newest generation of high aspect wings, focusing on the longest and most efficient gliding and pumping. Due to its size, the 910 turns quicker and rides with higher speeds than the 1010 and 1150.

The AXIS PNG 1010 Carbon Front wing is a new generation of high aspect wings, focusing on long, fast gliding and pumping. Using a different foil section than our 900 and 1000 carbon wings, the 1010 is designed with easy Downwinding in mind, while offering a tremendous amount of glide, and control.

The AXIS PNG 1150 Carbon Front wing is the biggest of our newest generation of high aspect wings, focusing on the longest and most efficient gliding and pumping.

The AXIS PNG 1300 Carbon Front wing is the biggest wing of its kind on the market. There is nothing like it - The absolute Glider.

SKU:
Be the first to review Pump and Glide Carbon Front Wing. Write a review
Contact us with any questions you have about this product