X
This site uses cookies to provide and improve your shopping experience. If you want to benefit from this improved service, please opt-in. Cookies Page.
Accept Cookies
Free UK Delivery (over £100) - Finance up to 36 Months - Get 5% back as Loyalty Points on qualifying orders
Earn Loyalty Points on all Full Priced Items
V12 Finance up to 36 Months
Free UK Delivery*
20% Off 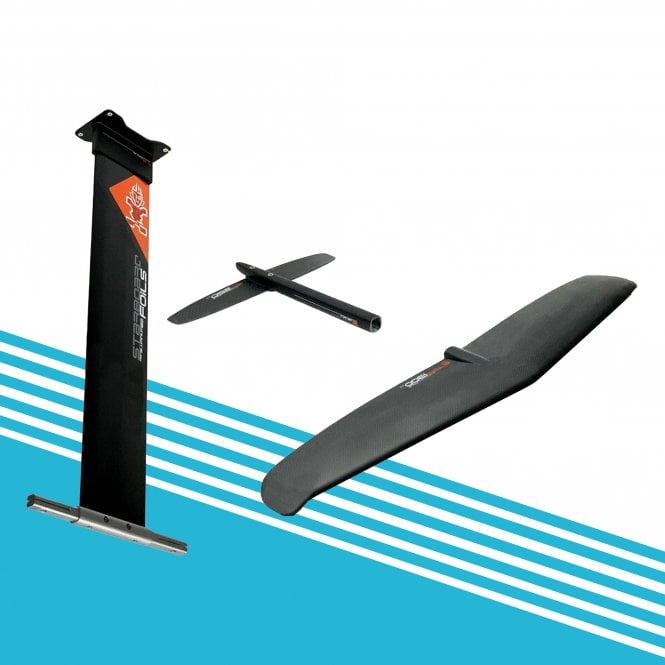 SKU: 5352
Item in Stock Item out of Stock   |   Dispatched within 24 hours
Want it by Wednesday 28th September? Order within 3 hours, 24 minutes and choose Mainland UK - Next (Working) Day at checkout.

Important - the Starboard E Type Wing Set does not include a Starboard Mast and Front Fuselage; these need to be selected seperately.

The front wing slides over the fuselage and locks in place with a quick half-turn of the pressure bolt. The new HD upgrade has an extra hole for a second bolt that gives additional security for heavy-duty use.

The tail wing sits on a carbon tailpiece that has an adjustable rocker saddle. Set the tail wing to your desired angle then slide it onto the fuselage. The tailpiece locks in place using our patented Quick-Lock system, just like the front wing.

SKU:
Be the first to review E Type Foil. Write a review
Contact us with any questions you have about this product