This site uses cookies to provide and improve your shopping experience. If you want to benefit from this improved service, please opt-in.
More Info
Save Preferences
Our Shop and Demo Centre are Now Open to Customers - Book an Appointment Here!
Rated 5 Stars On Feefo
Free UK & European Delivery*
Worldwide Free Shipping Available*
SALE 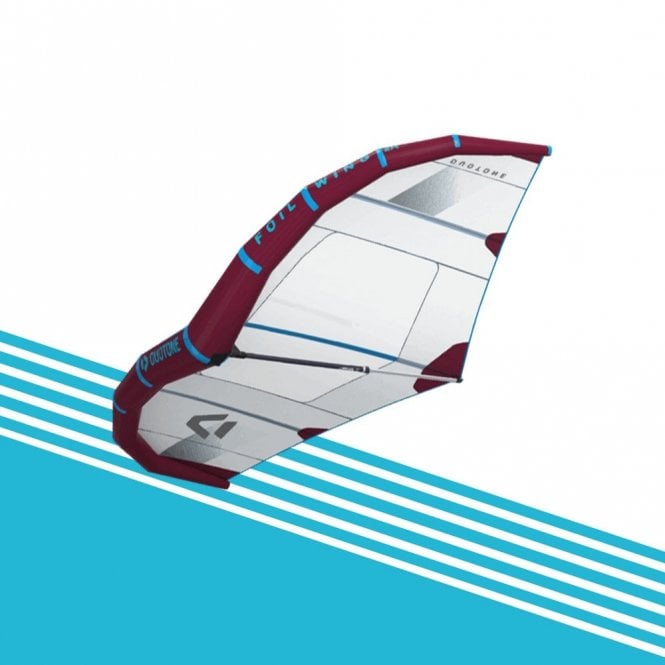 SKU: DTWF
Item in Stock Item out of Stock | Dispatched within 24 hours
Loading...

The Duotone Foil Wing is such a simple concept yet delivers unrivalled performance. Using all that Duotone have learned from their sister product, the Arrows iRig, the Foil Wing is an evolution of their inflatable leading edge expertise. Developed by foiling innovators Ken Winner and Sky Solbach, the Wingfoil adds an element of fun that crosses over for a lot of paddlers. Yet the foil wing also turns foiling, particularly downwinding into a more dynamic experience which keeps you up flying.

Once in hand, the Dutone Wing Foil is extremely light weight to manage and with lots of power on tap due to the combination of the rigid aluminium boom and the three batten sail.

The addition of battens to the canopy dramatically improves wind range:significantly reducing uncontrollable flapping in a a batten-less canopy which would increase drag and reduce overall performance both off and upwind. As the wind builds in strength, so does the Foil Wing's ability to maintain control of its canopies surface, delivering superior upwind ability and therefore versatility and increase top-end.

Having a fixed boom is a game changer when using a foil wing. Not only does it provide rigidity to the structure as a whole but it also gives a degree of adjustment so that the canopy can either be flattened out or made fuller based on the conditions. A huge plus point of having a fixed boom in the Wing Foil is that it allows for fine control inputs as well as enabling to freely move the wing foil without the need to go hunting for handles. The light weight marine grade alumina adjustable boom also keeps the entire Wing in a state of tension which means it can be 'pumped' for light winds. As it is adjustable the boom not only fits one size of Wing Foil but all of them, saving you money. You can view and add the Duotone Wing Foil Boom to your order here.

The combined tension of the boom, battens and inflatable leading edge also fixes the geometry of the Foil Wing in a 'wing up' formation. This dihedral design helps keep the wing tips out of the water as well as provide a stable flight, particularly when transitioned above your head for tacking upwind and gybing downwind. The leading edge only requires just 6 PSI of air to inflate fully and when coupled with the other rigid components of the wing foil, you have a lot of control.

Each Duotone Wing Foil is supplied with a pump adaptor to work with the vast majority of pumps for kites or Stand Up Paddleboards.

Oddly light weight given it has a rigid boom (this is the reason why I went for this wing) and very very rigid canopy, I am loving getting to grips with this new sport. My foiling was always getting better but now this wing foil just adds a new dimension that I just get cannot get enough of.