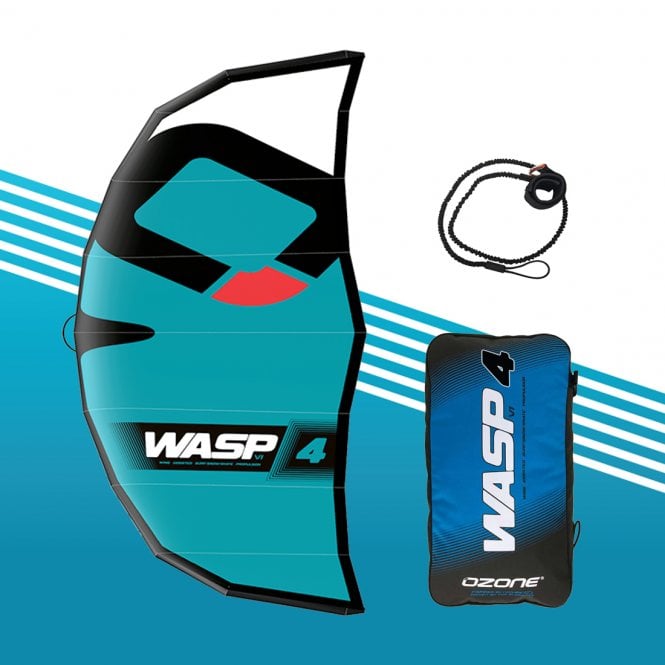 SKU: 3579
Item in Stock Item out of Stock | Dispatched within 24 hours
Want it by Tuesday 2nd March? Order within 1 day, 14 hours, 37 minutes and choose Mainland UK - Next Day at checkout.
Loading...

Specifications of the Ozone Wasp V1 -

The Ozone WASP kite wing is a leading edge inflatable wing which blurs the boundaries of what is possible on a Stand Up paddleboard whether it be inflatable or the latest foil board set up. Not limited to just the water, the WASP from Ozone adds a new dimension to skate or mountain boarding as well as snow.


Lightweight and easy to handle, the Ozone Wasp uses a large diameter leading edge to ensure a very stiff frame work that delivers stable, rigid flight. Developing lots of power at relatively low wind speeds means you get moving earlier and quicker than with other wings. While the low aspect nature of the Wasp wing means that the wing span for the given surface area of the canopy is actually quite low, great when trying to ensure you do not catch a wing tip on eithers the waters surface or the ground.

The Wasp is controlled by multiple hands that run the length of the boom and leading edge to give you lots of control. While a dedicated depower handle on the leading edge of the Ozone Wasp means you can fly the wing in a totally neutral position, removing all of the power from it.

Be the first to review Ozone Wasp Wing V1. Write a review
Contact us with any questions you have about this product