X
This site uses cookies to provide and improve your shopping experience. If you want to benefit from this improved service, please opt-in. Cookies Page.
Accept Cookies
Free UK Delivery* (over £100*) - Finance up to 48 Months - Get 5% back as Loyalty Points on qualifying orders
Earn 5% back as Loyalty Points on Full Priced Items
V12 Finance up to 48 Months
Free UK Delivery*
10% OFF CODE: INFB10 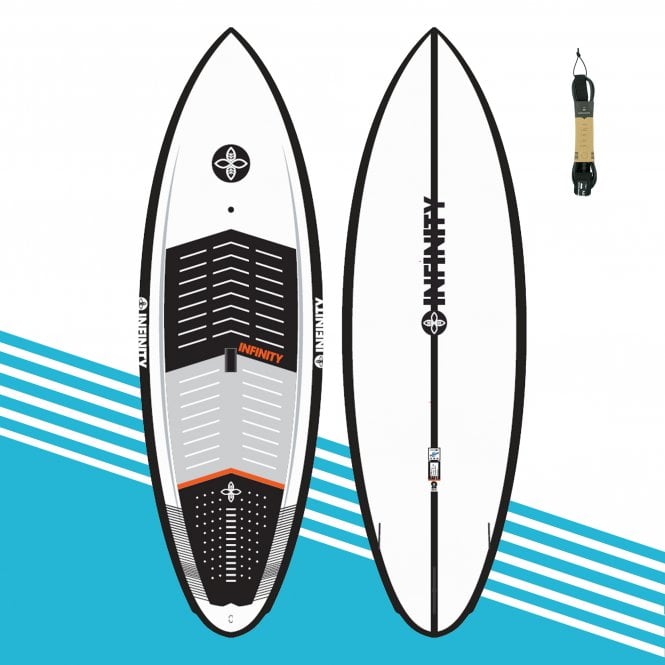 SKU: 5564
Item in Stock Item out of Stock   |   Dispatched within 24 hours
Want it by Friday 2nd December? Order within 20 hours, 16 minutes and choose UK - Composite SUP Delivery at checkout.

Dave Boehne has brought back an original favourite in the BLURR performance surf SUP with the highly anticipated V2.

The BlurrV2 incorporates a new SUPspensionTECH carbon construction to promote flex and work in conjunction with the new step rail design. This board features a single concave, pulled in tail template w/ a wing pintail taken from the New Deal. This board has lots of pivots off the bottom and a seamless carve style ride under the feet.

The new step rail provides hidden volume in the centre of the board and takes thickness away from the rails allowing for a low aspect shortboard style rail in the water. This step also creates strength corrugation which Infinity worked on the new SUPspensionTECH construction to promote flex back into the ride.

The BLURRv2 dims sit right in between the RNB and Bline. As you can see, the sizes are not quite as aggressive as the B-Line and not as generous as the RNB. The rocker is also not as low as the RNB and not as curved as the B-Line, it has more of a moderate traditional rocker which makes for predictable transitions and speed.

SKU:
Be the first to review BLURR V2 SUPspension. Write a review
Contact us with any questions you have about this product