X
This site uses cookies to provide and improve your shopping experience. If you want to benefit from this improved service, please opt-in. Cookies Page.
Accept Cookies
Free UK Delivery* (over £100*) - Finance up to 48 Months - Get 5% back as Loyalty Points on qualifying orders
Earn 5% back as Loyalty Points on Full Priced Items
Gift Vouchers Here
V12 Finance up to 48 Months
20% Off 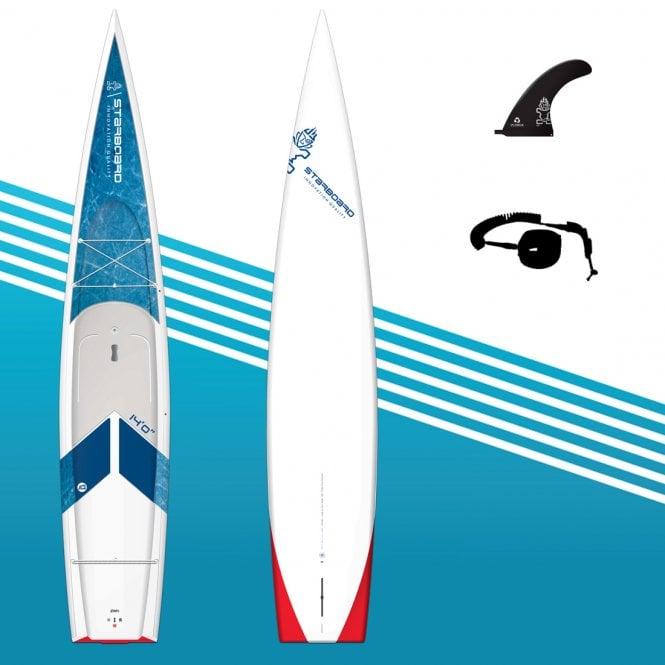 SKU: 3357
Item in Stock Item out of Stock   |   Dispatched within 24 hours
Want it by Monday 6th February? Order within 16 hours, 6 minutes and choose UK - Composite SUP Delivery at checkout.

The Starboard 14’0 Waterline Stand Up Paddleboard is brand new for 2021. Developed to be the most pleasurable, focused flat-water touring SUP Starboard has ever designed.

The narrow V-shaped nose of the Waterline cuts its way through the water effortlessly and leaves no trace of it glides forwards. Faster than many race paddleboards, the Starboard Waterline’s also tracks beautifully due to this sharp V nose section as it fixes the nose dramatically reducing sideways drift.

As the outline of the board traces back to the centre it begins to widen and then carries this width all of the way to the tail providing masses of stability. While the recessed standing area of the 14-foot long Waterline lowers the paddler's centre of gravity and also plays into the hands of creating even more stability. This lowered deck then traces back to the tail of the board allowing for a natural runoff for any water.

The Starboard Waterline comes fitted with a Starboard Race Ultra fin which is positioned in a US fin box that is sent very far back down the board which increases tracking. While the Race Ultra has enough depth to maintain good lateral stability while being manoeuvrable to turn.

The Waterline’s ability to move forward without leaving a trace is largely down to the cutaway tail shaped into the Waterline. This increases the speed of the board, as the water interacts with a smaller whetted planning surface. While the wide tail of the Waterline remains clear and is only called into play in choppy conditions when extra stability is required.

Trialled the Waterline at the SUP Company test centre and instantly recognised just how superb this board is. I wanted a very efficent flat water board for touring local canals and rivers; this is simply perfect.

The team at the SUP co were also excellent. Very helpful and knowledgable. I will be back for a paddle soon.