X
This site uses cookies to provide and improve your shopping experience. If you want to benefit from this improved service, please opt-in. Cookies Page.
Accept Cookies
Free UK Delivery (over £100) - Finance up to 36 Months - Get 5% back as Loyalty Points on qualifying orders
Earn Loyalty Points on all Full Priced Items
V12 Finance up to 36 Months
Free UK Delivery*
0% Interest Finance! 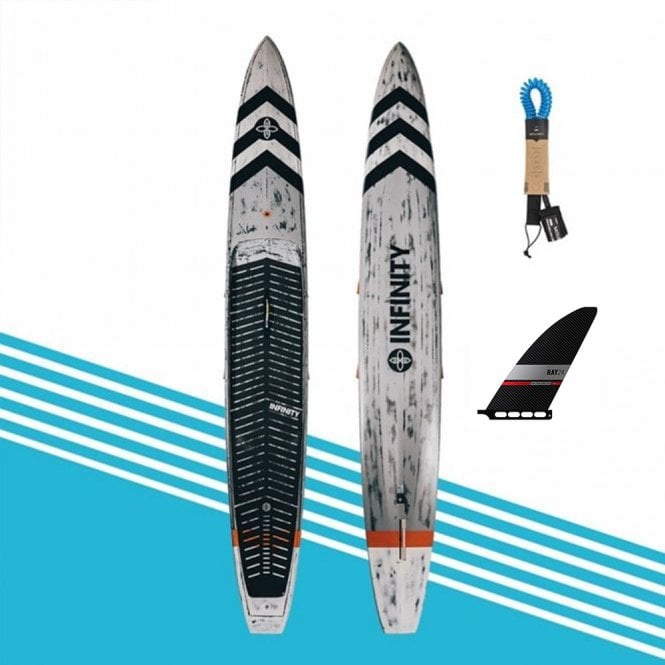 SKU: 5577
Item in Stock Item out of Stock   |   Dispatched within 24 hours
Want it by Friday 30th September? Order within 3 hours, 6 minutes and choose UK - Composite SUP Delivery at checkout.

The Infinity Blackfish got all new Team Elite Carbon construction, which resulted in the lightest most durable Blackfish Infinity has ever seen. Infinity feels it offers the best strength to weight ratio in the market. Infinity is known for its quality and the level has been taken up another notch.

The Infinity Blackfish is the All-Around king and has influenced an industry with the original Dave Boehne designed hybrid planning hull surf concepts applied to SUP race designs.

This board has shown its versatility year after year with world titles, gold medals, flatwater sprint wins, flat water distance wins, and many victories in the ocean and surf racing around the globe all under the feet of some of the words best Candice Appleby, Shae Foudy, Itzel Delgado, Tyler Bashor and Kai Lenny. Blackfish is the fastest board off the line, stable in all conditions, and a true one board quiver to conquer anything mother nature throws at you.

Many top board manufacturers have adopted the centre channel concept originally developed by Infinity in 2014 and now with input from the team of SpeedFreaks, everyone is still playing catch up. This Blackfish is like no other and features a completely re-designed bottom concept that takes the DNA of the Blackfish to the next level.

The bottom is a planning hull hybrid and is able to paddle in all conditions. The stability is built through the outline. The bottom features a rolled hull framing an inverse vee panel that releases cleanly off the lowered centerline vee concave. The planning hull rides on top of the water rather than parting it. This makes for a very fast get up and go higher max sprint speeds. Like skipping a stone Blackfish likes to sprint off the line.

If you paddle mostly in the ocean or in water that generally gets wind and chop and that gets changing seasons and conditions Blackfish Dugout is for you and will be ready.

SKU:
Be the first to review Blackfish 14 ft Dugout Team Elite Carbon. Write a review
Contact us with any questions you have about this product